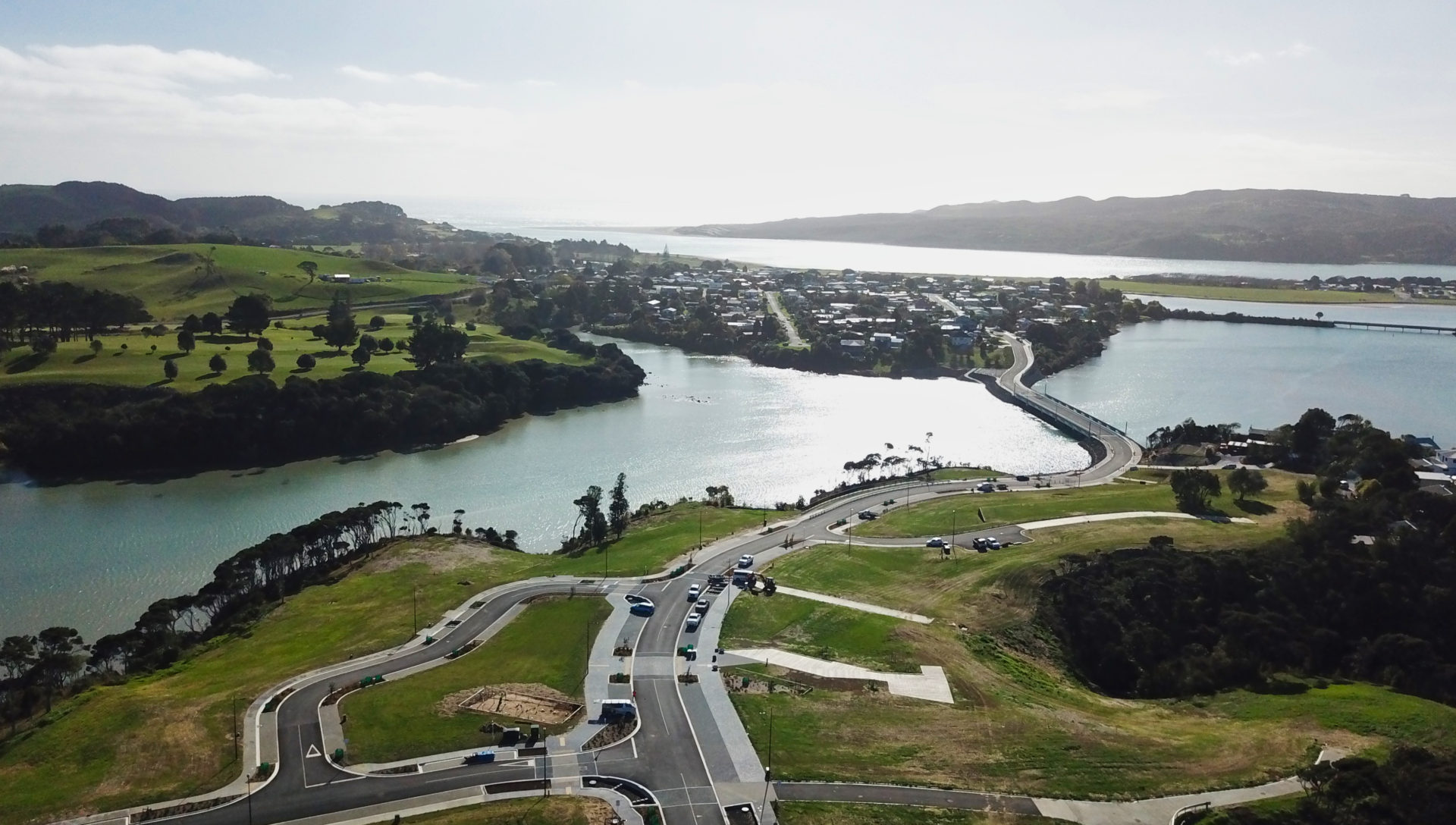 Rangitahi Stage one street names, what are the meanings behind them?

The Rangitahi bridge crosses the Omahina waterway where the connection to Opotoru ends. Opotoru represents another area of the harbour, so it makes sense for the Bridge road to be called Rangitahi/ Rangitahi Road, referencing the land and starting this new journey onto the land.

The ‘spine’ of the Peninsula. The name ‘Rangitahi’ is synonymous with the land; the name of the land historically, and the name of the project. Rangitahi Road to start from the Bridge is the gateway to the peninsula.

The New Zealand native Bat that has historically lived on the peninsula.

Omahina is the name of the waterway and creek connecting with the inner harbour on the western side of the peninsula between the peninsula and the golf course. This street name will most likely continue through stage two and follow the waterway inland.

The Kingfisher. Nesting in the area, still prevalent as you cross the Rangitahi bridge.

The greenery of the Manuka Brush. Historically the locals would bundle it with the Harakeke to lay on the harbour-bed to cross over to the other side.

A New Zealand native tree prevalent on the peninsula and visible from this road in the future.

Te Huinga represents an area in the harbour just on the north eastern side of the Rangitahi peninsula, where the tide currents/waters meet at half tide. The road looks out at this part of the harbour.

A New Zealand native tree present on the peninsula, and have been planted as street trees.

A New Zealand native cabbage tree, Ti kōuaka Lane looks down the wetlands at a large planting of Cabbage trees.

Rātā is a New Zealand native tree prevalent in Raglan.

Referencing the land nearby that has historically been used as a community vegetable garden by the families that live on the peninsula. 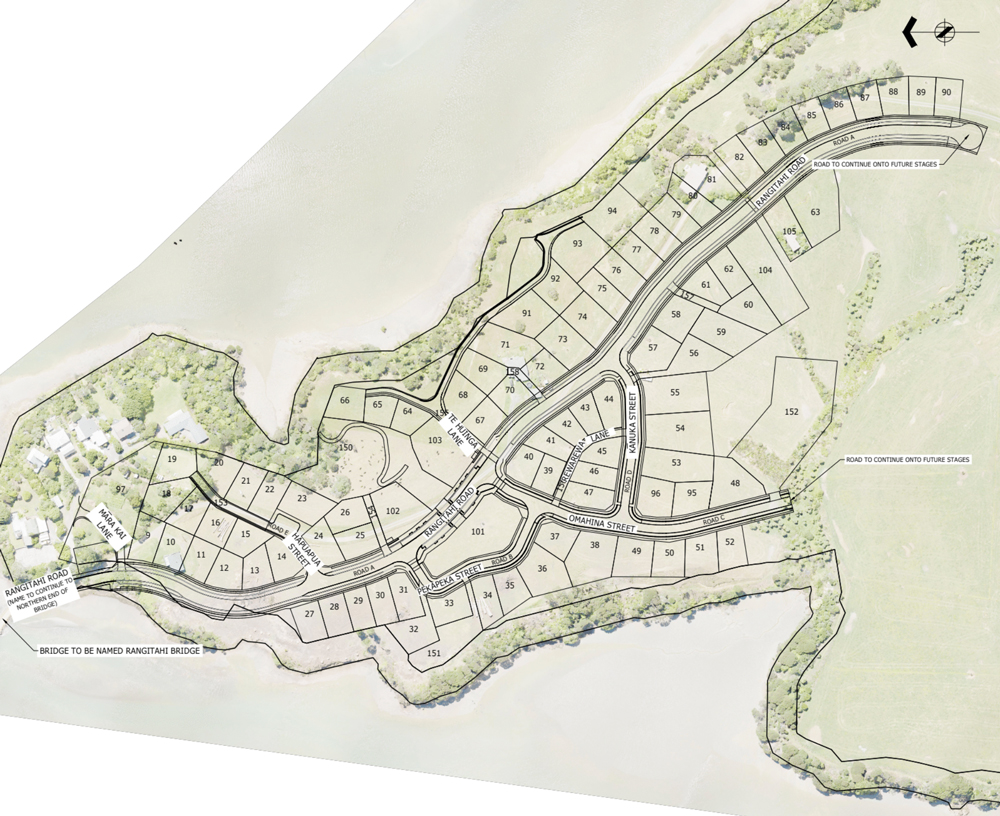